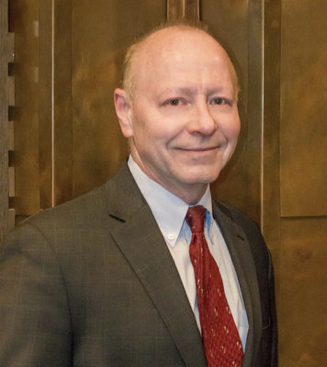 Steve Vogel has over 30 years of experience, 20 as CFO, three as CEO, and two as Chairman, often simultaneously serving as general counsel and corporate secretary. He has been the financial lead in five major successes including four liquidating events. His business acumen comes through accounting skills; a CPA, CMA and CGMA, finance skills; a Wharton MBA and legal skills; a Juris Doctor cum laude from Arizona State University furthered by a New York University Masters in Corporations Law. He improved enterprise CRM software’s PegaSystems subsidiary; growing the market cap by over $100M and brought high speed switch manufacturer – OnPath (private) to profitability; selling it to a public company yielding over 100% 1 Yr. return to PE and VC investors increasing valuation from $17 to $41M. Mr. Vogel resides in Frenchtown, NJ. He competes in Olympic lifting and with his two children have earned seven USA titles.

“The lead investor of OnPath (and EXENTA) recruited me to assist their portfolio company and appointed me Chairman. A turnover of senior management was contemplated. Drafting a strategic plan in tandem with a capital raise, we relaunched the company. I recruited a CTO, a Controller, and an SVP of Marketing and Sales and brought an Agile based approach to software development. As CEO and CFO, I created, and oversaw the implementation of the plan. The result was the company’s return to profitability, an EBITDA improvement of $2 Million and the beginning of double digit revenue growth. I exited as Vice Chairman, CFO and General Counsel months after promoting the VP of Professional Services to CEO.”

“The CEO recruited me as the first full-time CFO to grow and prepare the company for an IPO or strategic sale. I accurately projected revenues and expenses, designed a redistribution of manpower and reduction plan which moved the company to breakeven, motivating investors. $1 Million was raised at a $17 Million valuation. Implementing the plan we reduced total headcount while tripling new product development resulting in the creation of a high speed switch attractive to Cisco, Ericsson and Jupiter. A strategic buyer, NetScout, acquired OnPath based upon the potential of this new product. The buyers expecting full GAAP compliancy required a guarantee of revenue and contracts to be backed by an $8 Million dollar escrow of the purchase price. By managing attorneys and accountants, calculating distributions and assuring contract and GAAP compliance we achieved a $24 Million value increase and a full release of escrow to sellers.”

“As the first full-time finance employee I assumed the role of CFO and General Counsel with instructions to determine revenues and expenses and have a Big 4 Audit the results. QuickBooks was routinely updated by a clerk and financials were generated by outside bookkeepers. Using newly promulgated GAAP revenue recognition for SaaS companies, I restated revenue and expenses for the first and second years of the business and received a clean opinion from Deloitte & Touche. We stayed lean; regularly researching new benefit plans, automating where possible and employed early VMware partitioning of our servers to reduce hosting costs. Paladyne became one of the quickest and earliest SaaS companies to become cash flow and EBITDA positive. Thirteen quarters of accurate projections were achieved and a strategic buyer was identified purchasing the Company for $76.5 Million.”

“In 2001 when investors changed their focus from revenue growth to profitable growth the Company selected a CFO with an operations background. Benchmarking the Company to rivals revealed misaligned spending, failures to bill, some unproductive personnel, and spending out of line with revenues. Showing management what and where to cut allowed us to take small steps proving my plan’s efficacy. We redefined the product around actual past success in banking, insurance and financing helping to attract new revenues. We by $20 Million, resulting in investor optimism and an increase in market cap by over $100 Million. This generated liquidity for original VC investors and current shareholders.”(Original VCs represented on the board included the MD of General Atlantic Partners and the Senior Partner of Foundation Capital.)

MICROBANK (’94-’99) Security Software to the Largest US Banks grew rapidly by simplifying contracts and the sales and installation model to clarify deliverables and improve service.

“As the Company’s first CFO, finding receivables nearly triple the 30 day stated terms we began a vigilant collections effort uncovering misunderstandings among Company Sales Reps, the Customers and our Professional Services team. Investigation proved contracts needed to be simplified and shortened; reducing legalese while clarifying deliverables. Revenues were restated, accounts receivable shrunk by 50% and customer relationships improved. The Company grew from $8 Million to $28 Million in four years and we sold to SunGard for 3.5X revenue.”

Steve has a B.A. in Psychology from Lehigh University and completed their MBA degree. Mr. Vogel received a Juris Doctor, cum laude, from Arizona State University, an LLM Masters of Law from New York University and a Master of Business Administration from University of Pennsylvania’s Wharton School. He has resided in New Jersey and New York City for the most of the past three decades but did leave to spend four years 2000 through 2003 in Silicon Valley, California. He currently resides in Frenchtown, NJ with his two sons; one attending high school and the other a sophomore in a B.S. – Electrical Engineering and Computer Science program of the Rutgers Honors College.

You can contact Steve by calling him at +1 ‭‭408-887-5127‬ or via email at steve.vogel@adventace.com, or by selecting the Contact Us button below,